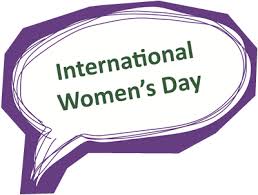 You can read the whole article HERE:

Here are some stats that will make your day (according to UN Women website):

1) Education: Since 1995, we’ve reached a point where girls and boys worldwide are enrolling in primary school at almost equal rates. That is a huge step forward. The next step is secondary school, where the gender gap widens again.

2) Maternal Mortality: In the last 25 years, maternal mortality has dropped by 45%, which means that half of the women who survive childbirth today wouldn’t have made it in a different time. But there’s still more work to do — 800 women a day die from basic pregnancy complications, mostly in the developing world.

3) Water access: Water is an important issue for women, since in many developing countries girls are responsible for fetching water, a task so time-consuming and difficult that it can keep them out of school or put them in danger of being attacked. Between 1990 and 2010, 2 billion people gained access to clean drinking water, relieving the burden of water-fetching from girls. Still, in Sub-Saharan Africa, women spend 16 million hours for day getting water.

4) Leadership: Since 1995, the number of women serving in legislatures has nearly doubled — but that still only translates to 22% of politicians worldwide.

There’s still a lot of work to do, especially when it comes to getting women into leadership roles and stopping violence against women. But the advances in health and education since 1995 have been striking. It means we should take heart — even if there’s a lot more work to do, progress is possible. It’s already happened, and we can make it happen again.

Valeri Beers is from Bangor, Maine. Her first book of poems titled ...details... was published by Thomas Hill Publishing of Maine in 2014. Valeri is currently working on a second book of poetry. She is inspired to write by listening to music and her need to remember important things. She has been published in a number of anthologies including Literature Today, Qutub Minar Review, Clockwise Cat and Our Day Of Passing (compiled and edited by Ingrid Hall and Franco Esposito. She has also been published in online and print publications including Zest literary magazine, Far Away literary magazine, Kumquat Poetry and The Writer's Drawer. One of my favorite poets is Erica Jong, check her out at http://www.ericajong.com. Her poetry is very personal, emotional and detailed. She has influenced my work a lot so if you like my poetry, you'll probably like hers as well. Dorothy Parker is another favorite. If you like sarcastic and clever prose and poems, I highly recommend reading The Portable Dorothy Parker from Viking, which has her short short stories and poems.) You can connect with Valeri on Facebook (facebook.com/valeribeers) or Twitter (@theval2000) Valeri Beers also takes poetic care of Poetry Pasta and the PoetryPasta Facebook page. Poetry Pasta loves to show off new poets and their words :) Feel free to post your poems on the Poetry Pasta Facebook page or submit them to the Poetry Pasta Wordpress page :) View all posts by theval2000

Excellent poetry and writing pages (check them out!) :)